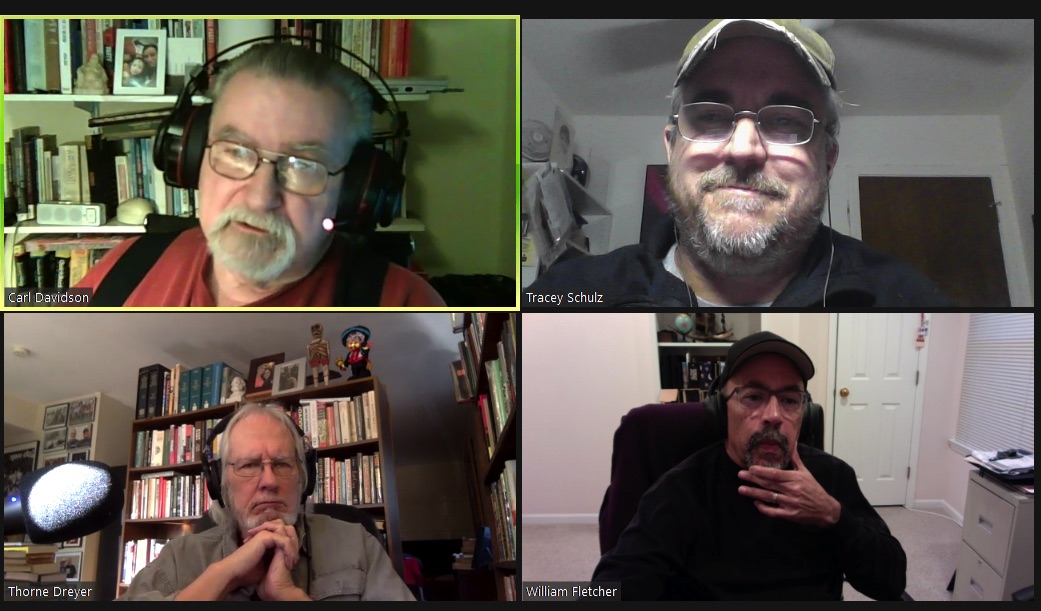 Leftist scholars and activists Carl Davidson and Bill Fletcher, Jr.  are Thorne Dreyer’s guests on Rag Radio. On the show they discuss issues raised in their recent article, “Post-election reckoning: New hypotheses for the road ahead” which can be read on The Rag Blog. Topics discussed include voter suppression, racism and “revanchism” (which is the seeking of revenge), the emergence of a right-wing mass movement, the absolute denial of the Trump administration, the issue of the Latin@ vote, the role of the Democratic Party leadership, and the path forward.
Carl Davidson is a national committee member of Committees of Correspondence for Democracy and Socialism, a Left Roots Compa and a member of Steel Valley DSA. He edits LeftLinks and founded the Online University of the Left. An activist since the ‘60s, Carl was a leader of the Students for a Democratic Society (SDS). He lives in Beaver County, Western PA, and is also a member of the United Steel Workers activist local for retirees. Bill Fletcher, Jr. is the executive editor of globalafricanworker.com, a past president of TransAfrica Forum, and a long-time leftist and trade unionist. This is Carl’s ninth vist to Rag Radio and Fletcher’s second.
Zoom image: Clockwise from top left: Carl Davidson, Tracey Schulz, Bill Fletcher, Jr., and Thorne Dreyer.
Rag Radio is produced in the studios of KOOP 91.7-FM, an all-volunteer, cooperatively-run, solar powered community radio station in Austin, Texas, in association with The Rag Blog and the New Journalism Project, a Texas 501(c)(3) nonprofit. It is streamed live on the Internet at KOOP.org and Radio Free America. The host and producer of Rag Radio, Thorne Dreyer, is a prominent Austin-based activist and writer who was a pioneer of the ’60s underground press movement.
The show’s engineer and co-producer is Tracey Schulz and the staff photographer is Roger Baker; Suzy Shelor is Rag Radio associate; Alice Embree is guest host; and Glenn Smith and Roy Casagranda are our political analysts. The syndicated show is broadcast (and streamed) live Fridays, 2-3 p.m. Central) on KOOP, and is later rebroadcast and streamed on WFTE-FM in Mt. Cobb and Scranton, PA., on Houston Pacifica's KPFT HD-3 90.1, by KKRN, 88.5-FM in Round Mountain, CA, and at WALHRadio.com in Wilmington, OH. Learn more about Rag Radio here.
Running Time: 53:38
Contact: ragradio@koop.org.

Uploaded by RagRadio on December 3, 2020